The boys were first to run.  The top 8 boys for Frontier Academy were instructed to tempo the race and stay together.  With great execution they did this perfectly  and were still able to get second.  Their time to shine will come soon enough.   Behind them there was a battle for the ninth Regional spot between Junior Christian Baca and his brother Freshman Noah Baca.  In the end it was the elder Baca getting the final spot with a time of 19:18.  This was a redemptive race for Baca after a bad race the week before.  For the younger Baca it was still a fantastic end to the season and solidifies a stellar XC career in the making.  Behind him was Freshman Cade Branum finishing in 20:06.   It has been a very successful season for Branum after a late start to training.   The boys team was rounded out with Junior Adian Frey (20:30), Freshman Keller McBride (20:33), and Sophomore Brayden Savage (20:34) all running near each other throughout the race.   It shows the depth of this team is incredibly strong when all boys on the day finished under 21 minutes.

The girls race had a similar scenario with the top 4 girls for Frontier Academy running with the fifth girl on the day for 2.5 miles.  At 2.5 miles they were allowed to take off and see how many runners they could catch.  They all closed hard to secure a second place showing as well.  The fifth runner on the day was Junior Sarah Ellis running 22:57.  She had a great race, setting the tone for the day, while being pushed by the first four girls.  Sixth for the girls was Sophomore Emma Murphy in 23:44.   Murphy continues to be a consistent performer for the girls varsity team.   Behind it was Senior Anna Stoltz (24:18) and Junior Therali Merry (24:20) battling all the way to the finish line.   They were working toward securing spots for the Regional team.  Wrapping up their seasons were Junior Aaliyanah Hubert-Combs (24:44), Junior Kaylee Howell (25:50), and Senior Izzy Ramirez (27:23).  For Ramirez this was her last high school cross country race and like she has shown for the last four years she battled to the end even though she was not feeling well.  It shows a lot about her determination and commitment to the team.

The Wolverines now look to prepare for Regionals and State in the coming weeks. 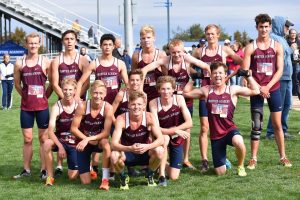 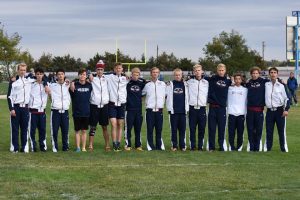 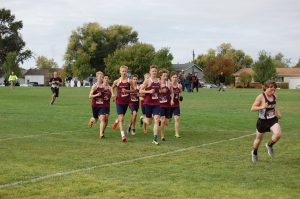 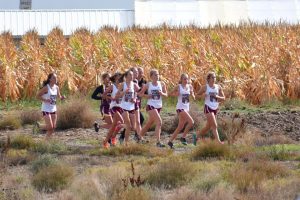 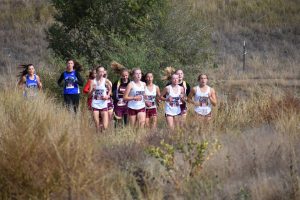 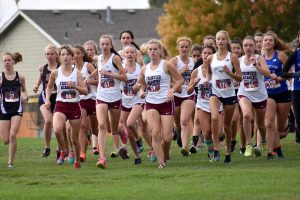