After a few weeks off from serious racing the boys and girls varsity cross country teams competed in the 3A Region 4 Cross Country Meet on Thursday.  This is the meet that qualifies the team for state and one the the team puts a lot of emphasis on.   The Wolverines showed up determined to show the region what they are capable of.

The boys were the first team to race and from the beginning it was evident the boys were determined to bring home another regional title.  Going straight to the lead was Senior Jesse Hayward and Junior Jaden Davis.   The two ran most of the race together before Hayward slightly pulled away and finished as the Regional Champion.   Davis by far had his best race of the season and is rounding into form at the perfect time.   He secured second in a time of 16:48.  Sophomore Sylas Chambers (9th) and Senior Keegan Wiles (12th) followed in efforts that earned them all region honors.  The final scoring runner on the day was Freshman Sebastian Groom who finished 16th.  It was a very impressive finish for Groom who easily was the top freshman in the race.  Following closely behind was Sophomore Seth Gutierrez (18th), Sophomore Justin Quammen (22nd), and Junior Cory Shea (23rd).  To put in perspective the strength of the program Shea who was the teams eighth runner on the day finished before any teams had all five of their scoring runners in.   The final runner of the day for the Wolverines was Junior Christian Baca finishing in 32nd and a new PR of 18:19.   Once team scores were tallied the Wolverines had secured their seventh regional title in a row and had crossed off one of their team goals for the season.

Not to be outdone the girls looked to follow suit of the boys with a regional title of their own.   The script was similar with the girls as Sophomore Audrynn Street and Junior Julia Brown went to the lead.   This time it was Street taking that lead all the way to the finish line and winning in a time of 19:39.  Brown finished her race in fourth place in a time of 20:11.   Having her best race to date was Freshman Lexi Angus who finished fifth overall.   It has been impressive to watch her rise throughout the season.  Not to be outdone Freshman Charlotte Granrud finished in 11th to also earn All Region Honors.  The competitive nature of both will continue to lead to bigger things in the coming years.   Closing out the scoring in the very pivotal fifth spot was Junior Sarah Ellis finishing in 24th.  Ellis has been a consistent member of the varsity team which will be important as they head into state.    Also running on the day was Sophomore Emma Murphy (28th), Senior Anna Stoltz (41st), Junior Therali Merry (42nd), and Junior Sami Angus (70th).   The girls matched the boys in winning the regional title.

Both teams will compete next week in Colorado Springs at the Norris Penrose Events Center.  To see this team commit to the PROCESS in June, Thursday was a award to the triumphs and tribulations that they have overcome to garner this achievement. 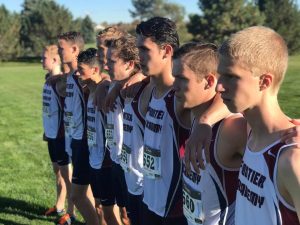 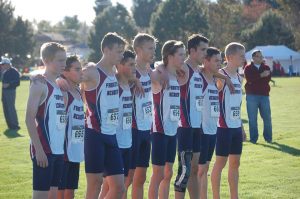 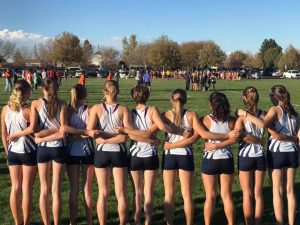 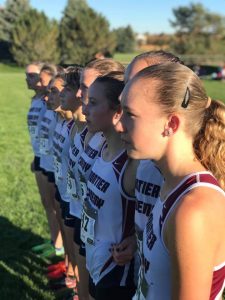 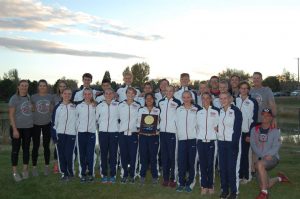