Yesterday was the culmination of the 2018 Colorado High School Cross Country season.  The best of the best from each classification were down in Colorado Springs to put a wrap on their season.   The Wolverines were one of those teams competing to stake their claim at the meet.

First to compete were the Wolverine boys.   The boys were led by the usual duo of Junior Jaden Davis and Senior Jesse Hayward.   The difference on the day would be Davis being the first Wolverine finisher.   He continued to work his way up throughout the race and ended with a ferocious kick in the stadium to finish fifth on the day.  His time of 16:36 was also his fastest time of the season.  Not far behind Hayward finished in 11th place in 16:50.  Although maybe not the place he wanted, it put a stamp on a stellar season that saw much growth in his running abilities.  The third Wolverine on the day was Senior Keegan Wiles who finished in 62nd place in 18:00.  Wiles ran his last race just like so many races before giving his absolute best and running with a lot of heart.   His example and leadership are something the team hopes to embrace for future years.  The story behind Wiles was very much one of a learning experience of what the state meet is with the best of the best all competing for the same thing.   The next four runners for the Wolverines were competing in their first state meet and learned valuable lessons that they can take with them in future years.   For Sophomore Seth Gutierrez (78th), Sophomore Justin Quammen (85th), Freshman Sebastian Groom (86th), and Sophomore Sylas Chambers (105th) this was very much the start of the next chapter versus the end of the book.   They will come back stronger in future years.   On the day the boys finished 8th overall.

For the girls the script was flipped as although four were competing in their first state meet the team raced as if they were seasoned veterans.   This has been a very resilient group as they overcame a lot to get to this point.   The girls were led by Junior Julia Brown and Sophomore Audrynn Street.   Today it was Brown taking top honors finishing 20th in 20:06 and less than a second later Street finished in 21st in 20:07.  For both of them this has been an incredible 12 months as their hard work has led them to new heights.   They have become much stronger runners and continue to learn that they can compete with anyone.  The next two in were the dynamic Freshman duo of Lexi Angus and Charlotte Granrud.  Both of them traded places throughout the race ultimately helping the other run faster.   Angus would be the first to cross the finish line in 42nd in 20:52 and she was followed by Granrud in 45th in 20:55.   These two both have ran like seasoned runners and not Freshman in their first state meet.   Behind them it was the trio of Junior Sarah Ellis, Senior Anna Stoltz, and Sophomore Emma Murphy all running in close unison.   With the three pushing each other it helped wrapped up team scoring with Ellis finishing in 113th.   She was followed by Stoltz in 115th and Murphy in 116th.   When the results were made official the girls team had finished tied for fourth but lost on the tie breaker.   This was the girls teams highest finish since 2013.    It was a historic end to their season and bodes well for future teams with only one senior on the state team.

Ultimately, the season was probably less defined by the results from State but more from the PROCESS or journey it took to get there.   The team embraced “Chop Wood, Carry Water” and through it fell in love with the PROCESS of becoming  great.   They have shown growth both in their performance and moral character skills which will last much longer than any result on the season.   Congrats to all. 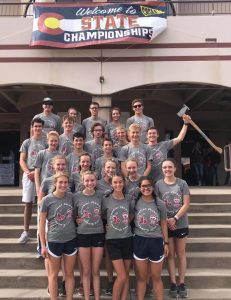 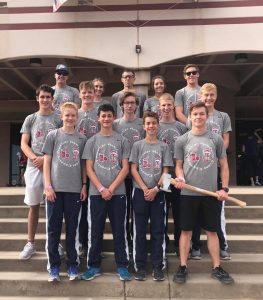 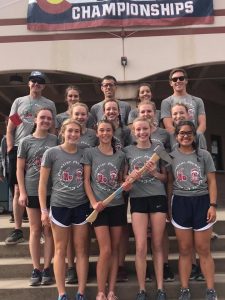 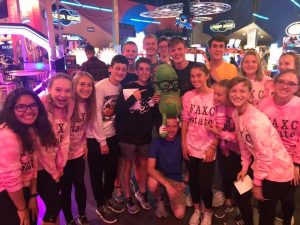